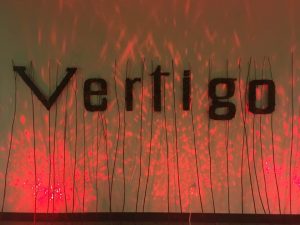 In 1997, Theatre Vertigo was founded by Paul Floding, Nanette Pettit and Jeff Meyers.  Since then, Theatre Vertigo has performed in numerous spaces including The Russell Street Theater, The Electric Company, Theater!Theatre!, and The Shoebox Theater.

Theatre Vertigo has worked on world premieres including Faust.Us by Joseph Fisher, 99 Ways to Fuck a Swan by Kim Rosenstock, and The End of Sex by Craig Jessen.

In 2016, Theatre Vertigo produced its first officially commissioned work from a playwright, I Want To Destroy You, by Rob Handel.